Granted, these are not the greatest quality of photographs. (Thank you iPhone, once again). However, I wanted to give a little peak of some of the hand-built trays that are also coming out of the kiln. These trays were inspired by my friend Jade. For her mom's 50th birthday, she wanted to give her something a little extra special, a tad more sentimental. So, she commissioned this tray.

As a back story, Jade's family used to live on a ranch east of town, but several years back it was sold. From the ranch came many family heirlooms and treasures including an old set of dishes which were passed down to her. Among those dishes was a small tray which Jade's mom always lamented having given away since it served so many useful purposes. So, as a joke, Jade told her mom that it had been broken while loading and unloading the dishwasher while I was actually in the studio making molds and testing sizes and glazes. Her mom was happily surprised to find that not only did the dish still exist and had found its way safely back home, but she got her own one of a kind rendition of the original to love and cherish. The present production, hand built by rolling out a slab of clay, The Jade Tray looks something like this: 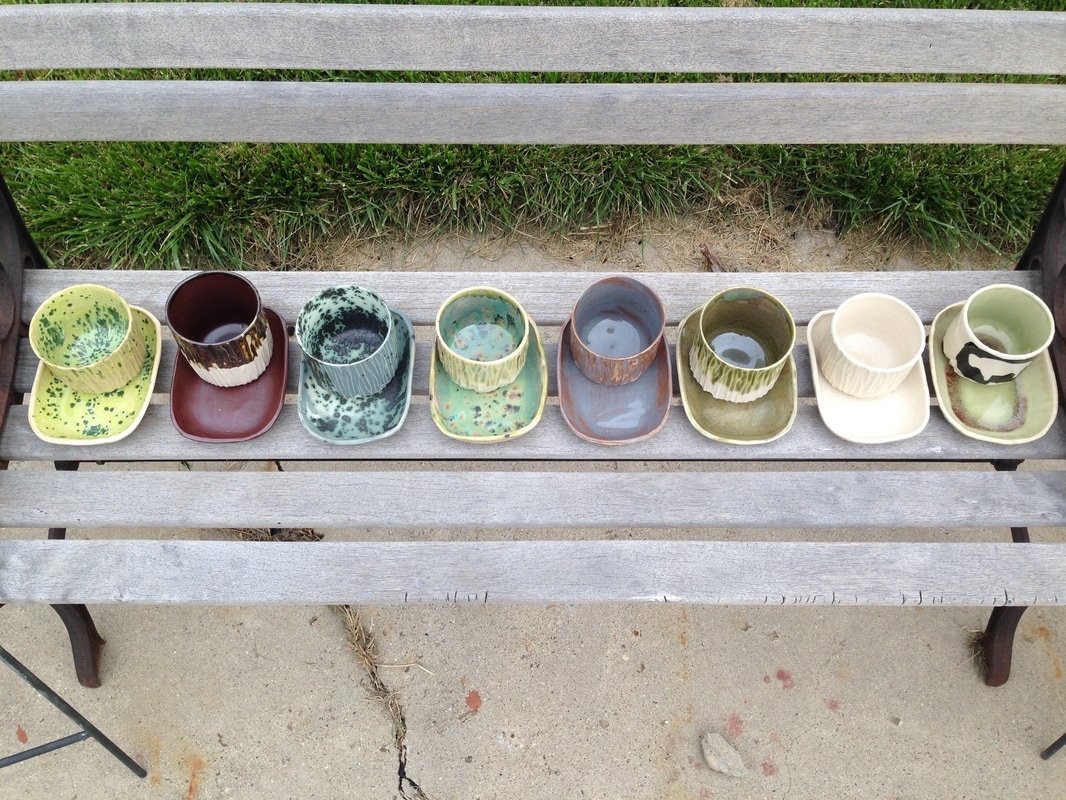